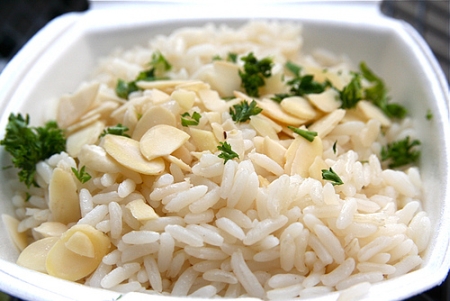 According to this article that I came across on Discovery’s website there is a whole new use for rice husks. Concrete obviously isn’t the most eco-friendly thing in this world, however, it is possible that rice husks could change all of that. Take a look at the article on it below. You may find it to be enlightening…

A new way of processing rice husks for use in concrete could lead to a boom in green construction.

Rice husks form small cases around edible kernels of rice and are rich in silicon dioxide (SiO2), an essential ingredient in concrete. Scientists have recognized the potential value of rice husks as a building material for decades, but past attempts to burn it produced ash too contaminated with carbon to be useful as a cement substitute.

The world’s penchant for consuming concrete is a huge problem for climate change. Every ton of cement manufactured for use in concrete emits a ton of the greenhouse gas carbon dioxide (CO2) into the atmosphere. Worldwide, cement production accounts for about 5 percent of all CO2 emissions related to human activity.

Now, Rajan Vempati of ChK Group, Inc. in Plano, Texas, and a team of researchers have figured out a way to make nearly carbon-free rice husk ash. Heating husks to 800 degrees centigrade (1,472 degrees Fahrenheit) in a furnace drives off carbon, leaving fine particles of nearly pure silica behind.

“The process emits some CO2, but it’s carbon neutral. Any that we emit goes back annually into the rice paddies,” Vempati said.

In recent years, concrete has become a repository for various waste products. Slag from steel mills, coal fly ash and silica fume — a leftover from the silicon metal industry — all have found second lives as replacements for carbon-belching Portland cement.

“I think the reason rice husk ash has had difficulty making it into mainstream applications is it typically comes with quite a high carbon content,” Jan Olek of Purdue University, who was not involved in the study said. “If properly prepared, it could be a very useful, good material for efforts to limit emissions of carbon dioxide in the concrete industry.”

Adding the ash makes concrete stronger and more resistant to corrosion. The team speculates that rice husk ash could enhance performance by replacing up to 20 percent of the cement typically mixed into concrete in the construction of skyscrapers, bridges and any structure built on or near water.