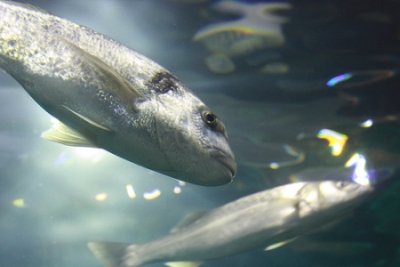 I was checking out some news on MSNBC and just so happened to come across an article that I believe is very important for everyone to read, and so I wanted to share it with all of you. Some fish were caught near wastewater treatment plants by a few major U.S. Cities and apparently had residues of pharmaceuticals in them.

Please read this article as it is very informative…

Findings from this first nationwide study of human drugs in fish tissue have prompted the Environmental Protection Agency to significantly expand similar ongoing research to more than 150 different locations.

“The average person hopefully will see this type of study and see the importance of us thinking about water that we use every day, where does it come from, where does it go to? We need to understand this is a limited resource and we need to learn a lot more about our impacts on it,” said study co-author Bryan Brooks, a Baylor University researcher and professor who has published more than a dozen studies related to pharmaceuticals in the environment.

A person would have to eat hundreds of thousands of fish dinners to get even a single therapeutic dose, Brooks said. But researchers including Brooks have found that even extremely diluted concentrations of pharmaceutical residues can harm fish, frogs and other aquatic species because of their constant exposure to contaminated water.

Earlier research has confirmed that fish absorb medicines because the rivers they live in are contaminated with traces of drugs that are not removed in sewage treatment plants. Much of the contamination comes from the unmetabolized residues of pharmaceuticals that people have taken and excreted; unused medications dumped down the drain also contribute to the problem.

The researchers, whose work was funded by a $150,000 EPA grant, tested fish for 24 different pharmaceuticals, as well as 12 chemicals found in personal care products.

They found trace concentrations of seven drugs and two soap scent chemicals in fish at all five of the urban river sites. The amounts varied, but some of the fish had combinations of many of the compounds in their livers.

The researchers didn’t detect anything in the reference fish caught in rural New Mexico.

In an ongoing investigation, The Associated Press has reported trace concentrations of pharmaceuticals have been detected in drinking water provided to at least 46 million Americans.

The EPA has called for additional studies about the impact on humans of long-term consumption of minute amounts of medicines in their drinking water, especially in unknown combinations. Limited laboratory studies have shown that human cells failed to grow or took unusual shapes when exposed to combinations of some pharmaceuticals found in drinking water.

“This pilot study is one important way that EPA is increasing its scientific knowledge about the occurrence of pharmaceuticals and personal care products in the environment,” said EPA spokeswoman Suzanne Rudzinski. She said the completed and expanded EPA sampling for pharmaceuticals and other compounds in fish and surface water is part of the agency’s National Rivers and Stream Assessment.